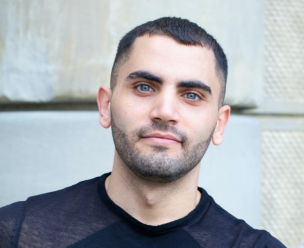 Talking to refugees, not about them. How far are we in the Netherlands?

Over the last couple of years, the Dutch government has been working on a new integration policy for newcomers. The nieuwe Wet inburgering (the new civic integration act), which will be implemented in January 2022, is based on research that evaluated the current integration policy and concluded that it is far from refugees' actual needs and does not meet their aspirations.

The current policy sometimes hinders the integration process through, for example,  a failure to connect with other domains, such as education and participation. Another important element missing from the current integration policy is how to connect the refugees’ perspective and experience with policies that directly affect them? How can we develop policies that work for refugees rather than trapping them in lengthy processes before allowing them to contribute equally to Dutch society? How can we create an integral place for the refugee perspective in the nieuwe Wet inburgering?

These questions are relevant, especially now the Ministry of Social Affairs and Employment, municipalities, and organisations are preparing to implement nieuwe Wet inburgering. Not just integration policy that is missing the refugee perspective; asylum, resettlement, and when it comes to development policies and programs in their country of origin, act as a reliable source of information and key actors to ensure a sustainable policy that helps build a better world without refugees.

This article reflects on several initiatives that have emerged, aiming to include a refugee perspective in policies. Based on various studies, we will reflect on lessons learned from these practices and why there is a need to develop the capacity of refugees who want to influence these policies.

The status of RCOs in the Netherlands

We define Refugee-led Community Organisations (RCOs) as organisations led mainly by people from communities whose members include significant numbers of refugees and their descendants and whose activities address refugees' needs and rights. The majority of RCOs in the Netherlands operate locally and have been focussing on issues relating to participation and integration in Dutch society, the labour market, healthcare, education, support in an asylum procedure or other processes (e.g., applying for social security) in the Netherlands, as well as offering social gatherings to maintain and strengthen community bonds. Other RCOs focus on offering their community members training and information sessions on domestic violence, gender equality and female genital mutilation (FGM). Many organisations focus on setting up projects and providing other forms of support, e.g. fighting poverty in their countries of origin.

Notably, all of these activities and services provided by RCOs are part of the implementation phase. Therefore, policymakers and NGOs consider RCOs to be merely an implementing partner of a policy developed without their perspective. This leads to short-sighted policy that helps neither refugees nor the host community. To break this vicious cycle, refugees need to be involved in the early stages of any solution to problems that concern refugees.

Refugee-led advocacy has proven one of the best ways to include a meaningful refugee perspective because of the impact it has had on global and national policies in the past years. We define 'refugee-led advocacy' as the perspective, stories, and strategies developed and brought to policymakers by refugees, i.e. refugee advocates. This type of advocacy often comes from within RCOs, which have in common that they are building on experience—a refugee background combined with professional experience in the new country.

Experience allows refugee advocates to identify blind spots and gaps in policies concerning newly arrived refugees. The connection between policy and reality makes refugees' empirical knowledge relevant and of great importance. Refugees also have to deal with various reference frames in everything they experience. In the Refugee Academy report1,  this is called 'in-betweenness’—an intermediate state that achieves a two-part perspective in which nothing is taken for granted. The constant translation of contexts and practices ensures that refugees see the world around them as it came about, not just as it is. They have the privilege and the burden not to take structures for granted. This contextual alertness can act as a source of originality and different thinking in various social structures.

An example of an initiative where in-betweenness was utilised and translated into strength was the G100 initiative and the New Voices for Europe 2018–2019 event in Amsterdam, Brussels, Berlin. The G100 defines itself as a refugee-led initiative. Its objective is to facilitate a dialogue between refugees, non-refugee citizens, policymakers, and experts to create and evaluate policy recommendations on a local, national and European level. This initiative is best seen as a created space, as opposed to closed spaces—where citizens, in this case, RCO-advocates, have no access and are not invited—and invited spaces—where advocates are guests in a structure of explicit and implicit rules and expectations that regulate their presence. Created spaces are designed by advocates themselves, creating the best possible conditions to allow distinctive voices to be heard in a structured and organised manner.

In times of crisis, such as the coronavirus pandemic, it becomes clear that RCOs can play an important role in organising an effective response for their communities. An example of this is the Helpdesk Newcomers, an initiative by 4 RCOs2 . The Helpdesk provides credible and trusted information to newcomers in their native language, specifically to people who recently arrived in the Netherlands and are still not very familiar with the Dutch language. The need for such an initiative became clear during the beginning of the coronavirus pandemic, because most of the information about the virus and measures was in Dutch and quite complicated for non-native speakers to understand. It caused panic among newcomers, especially since there was no help available: the offices where they would normally receive help were closed due to the lockdown. RCOs are closer to their communities, which allows them to advise and communicate effectively in their native language and culture. In practice, RCOs know what is going on and what questions people have, and they understand the refugees' needs. Incorporating this knowledge in the national response is essential to build an inclusive response and learn how to do better in the event of another pandemic or crisis.

Other forms of refugee participation: The Sounding Board group

The Sounding Board group is an initiative organised to add refugee perspective to policy processes designed by policymakers or non-refugee-led organisations. The following is an example of such an initiative to highlight their potential for improvement.

While RCOs can provide a refugee perspective in a 'created space', other participation structures have also been created. The provincial sounding board 'klankbordgroep' initiative is one of them. The Sounding Board is an initiative by the regional bureau of the Dutch Council for Refugees. It aims to organise the voices of newly-arrived and former refugees at the provincial level in Gelderland. The group was established at the request of the province itself, as they recognised the need to hear how refugees experience integration and policies. The initiative has been perceived as one of the most exciting and vital initiatives for refugee input. Other municipalities and stakeholders have made requests to create guidelines on how best to start such an initiative.

The group members were very active in 2019, participating in different sessions with local policymakers and stakeholders to share their experiences, bring other refugee voices to the table and formulate recommendations for stakeholders on request. Similarly, the Ministry of Social Affairs has organised a one-time initiative, 'sounding board', in which former refugees could give input and feedback on the new integration policy in 2019. This step was taken after acknowledging a lack of refugee perspective.

Based on the definition used in this article, these initiatives cannot strictly be defined as refugee-led. Still, we see them as 'best practice' that can be improved on, with the potential to become a 'co-created space' which can be replicated in other cities, providing direct access to members to think and talk about policies that concern them. Moving to a co-created space means developing the board's capacity to proactively think about the challenges, needs, and solutions and translate them to the policy processes to improve them.

As more and more refugees want to take back control of their future and improve policies to better fit their community needs and priorities, it becomes important to think about how to support this group of refugee advocates to acquire the skills necessary to achieve their goals. To that end, we started a project to develop a Training Kit for Empowering Refugee-Led Community Organisations. The project aims to develop a training programme to strengthen the capacity of refugee advocates to play an active role in their communities at the national and EU level. The project is a collaboration of eight refugee-led organisations from Malta, Greece, Italy, Belgium, Cyprus and the Netherlands. The training programme will open up more opportunities for refugee advocates to better understand policy processes and how they can best influence them with their voice, tactics, and advocacy strategies. The programme addresses challenges that refugee advocates face, such as collaborating with NGOs and policymakers, navigating the policymaking spaces, and how to best to use their voice to reach policymakers. They must learn to understand the varying impacts of their stories and how and when to use personal or collective stories effectively to achieve their advocacy objectives.